Adelanto Mayor Rich Kerr had a plan to cure the long-struggling city’s deep financial woes. He would make the desert town, with its vast stretches of cheap land, into the Silicon Valley of marijuana.
Since 2015, under Kerr’s leadership, officials have worked diligently to attract the cannabis industry. The efforts drew national attention and led to a land rush as entrepreneurs sought to take advantage of Adelanto’s welcoming posture.
But the San Bernardino County city and its cannabis industry have also drawn the attention of federal investigators.
On Tuesday, FBI agents served search warrants at Kerr’s home, City Hall and a local marijuana dispensary.
In addition to City Hall and Kerr’s home, investigators served search warrants on the Jet Room, a marijuana dispensary in Adelanto whose website boasts that at least half of its employees would be Adelanto residents.
“No expense has been spared in order to provide the best experience for their patients, all while staying compliant,” the website quotes owner Lisa Marie Guerra as saying.
The business has been controversial in the city. Last year, the Daily Press reported that Councilman John “Bug” Woodard had acted as a broker when the property for the business was purchased. It was later re-zoned to allow for the dispensary.
Investigators on Tuesday also served search warrants at 1300 N. Mountain View Ave. in San Bernardino, officials said. That address is listed in state filings as a corporate address for Jet Room Inc.
Kerr and representatives of the Jet Room did not return calls requesting comment.
Tristan Pelayes, a Riverside attorney and former mayor of Adelanto, said corruption has been an ongoing problem in the city. Pelayes now represents Adelanto City Manager Gabriel Elliott, who was put on paid leave late last year following sexual harassment allegations.
Pelayes said Elliott was placed on leave as retaliation after he went to the district attorney’s office to complain about possible corruption related to marijuana businesses in the city.
Adelanto’s long history of corruption is well documented. 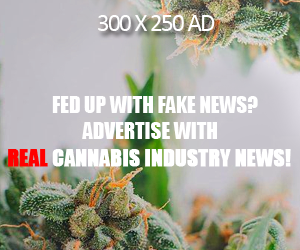 Victim of the Cannabis Industry - Want Justice? DirtyWeed believes your complaint, concerns, and story matters. By participating on DirtyWeed, your voice is heard by everyone within the cannabis industry. From unpaid dispensary invoices, bad business ventures, to illegal operators ruining your community, DirtyWeed is here to help bring resolution to your claims.
Contact us: Info@DirtyWeed.Com